The First Footsteps to Canada 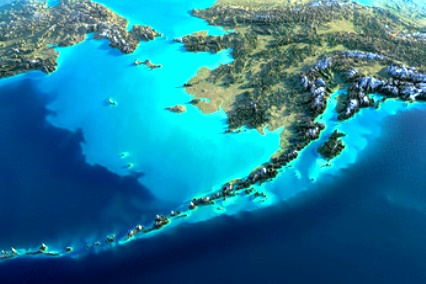 As Canada celebrates its 150th anniversary of being a country, our thoughts go further back to 1492. That was when the intrepid Christopher Columbus set foot on land, and met the First Nation and the Inuit people. Of course, he did not discover Canada as such. For the curious welcoming committee had always known it was there. 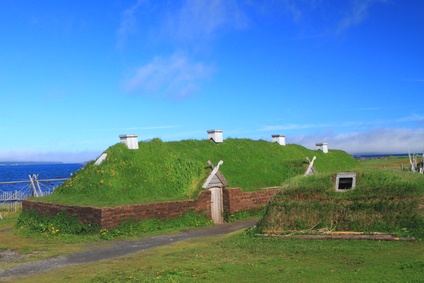 Moreover, the Norse pipped him to the post by 500 years. That was when they built a small settlement at L'Anse aux Meadows on the northernmost tip of Newfoundland. This set Auger to wondering, who were the original discovers of Canada.

As we opened the pages of our Wikipedia and browsed, we discovered that North and South America were the last continents to which humans migrated. Between 50,000 and 17,000 years ago the Bering Land Bridge broke surface completely, due to falling sea levels during the Wisconsin Glacial Episode. 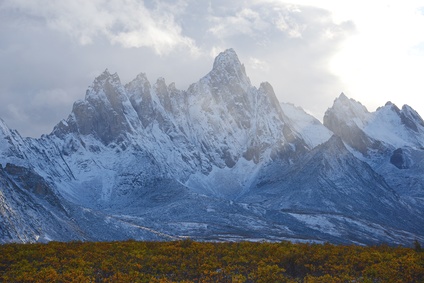 This set Auger to wondering again. Who were these people, who crossed from Siberia to Northwest America all those years ago?

We know they had to wait another 1,000 years for glacial melt to clear their way to Canada. Who was the first person that asked, what lies ahead, come on, let’s go.

They left fluted stone tools and the remains of large butchered animals in caves in the Yukon around 16,000 years ago, for 20th century humans to find in 1977.

It must have been cold, all those thousands of years ago when they arrived. But then, that was probably their new normal, we suppose.